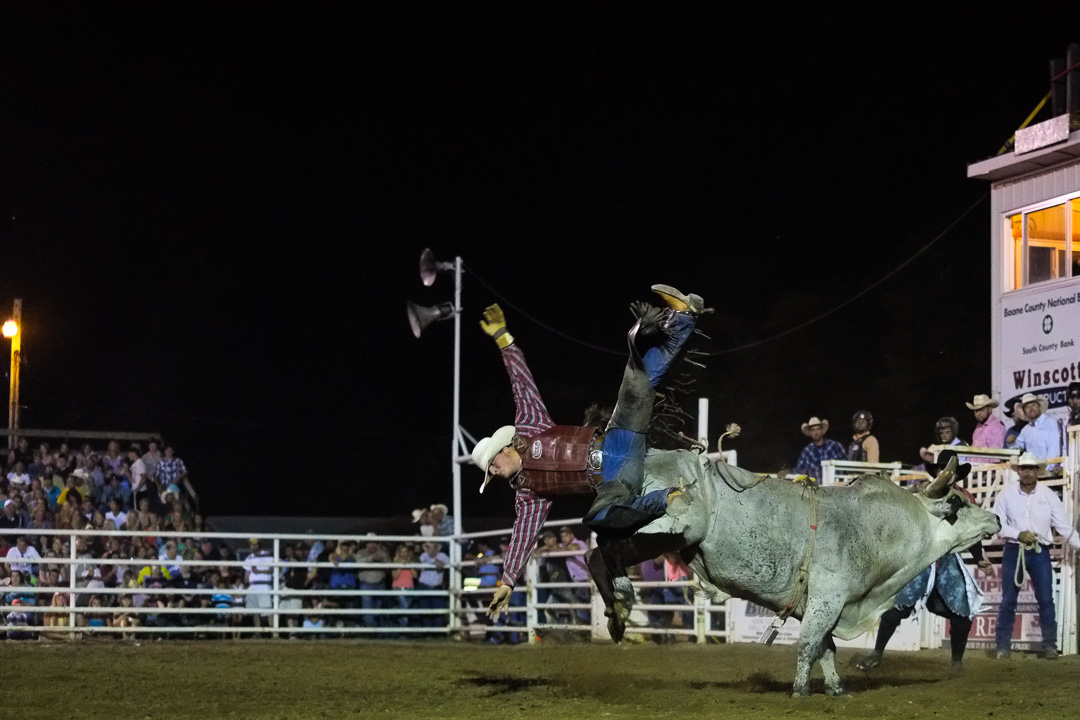 Some names in America have become a cliche. Be it Martin Luther King (he of the boulevards), Jefferson, Springfield, Washington and many many more. Ashland is one of the names that belongs to that list. There are a whopping 43 places scattered across Canada and the USA. It really was not a surprise that I found myself passing by one every day on my way to work. Ashland, MO a small town that sat between Columbia and its airport had not much of note. In my 5 years there, I visited it 4 times as far as I remember. Three times to get gas and once for the rodeo. It is for that latter occasion that Ashland will live on in my memory.

I have newly acquired my Fuji X-pro1 and I was keen to put it through its paces. It still had the early firmware and kit lens which meant that the Autofocus was a dog. All said and done, it took me a while to get into the groove, but I got some really nice shots in the end. Seth accompanied me on this one and we had a lot of fun shooting.

Spotted at the rodeo

A rodeo volunteer waits to spring into action by the sidelines

It wasnt all boys

Eager children soaking up the action

Cowboys shoot the breeze waiting for the event to start

Lights take over at the rodeo

The place was abuzz when we got there. I estimated a crowd of about 3,000-4,000 and I was pretty much the only brown guy there. All said and done, I was quite nervous and hoped I would’nt have a run in where I had to explain that I was not, in fact, a ‘durned mexcan pointing a camera in muh face’. However, my fears were baseless, people were courteous (as mid-westerners mostly are) and too wrapped up in the action to pay me any mind. And action there was aplenty. With the bunting fluttering cheerily in the breeze, the evening kicked of at around dusk with a rendition of the anthem. Then the announcer told us in no uncertain terms what he thought about the “nigger in the white house” much to the crowds delight. There was a ample display of skill with ponies as obedient as dogs, trussing up of cows, bull riding and barrel turns. The beer (such as it was) was not expensive and the lines not too bad.

To this day, I can smell the turned moist earth from my vantage point by the fence, cowboy hats and boots and the cheering and wide eyed youngsters soaking it all up. Dear Ashland, I would very much like a repeat of the experience if the opportunity arises.